Sweet white porcelain is a kind of white glaze porcelain created and burned in Yongle kiln. That is, the glaze without iron or iron content is applied to the carcass. The glaze color is very white when it is baked at high temperature. The glaze with high whiteness is particularly bright and moist, giving people a feeling of "sweet", so it is called "sweet white". This lotus flower pattern flat pot with sweet white glaze is white and thick, and its carcass is fine and solid, and the lotus pattern is clear and smooth. The flat pot is structured and has a good sense of old body. It is a fine product of Yongle sweet white porcelain which is loved by the Tibetan community. 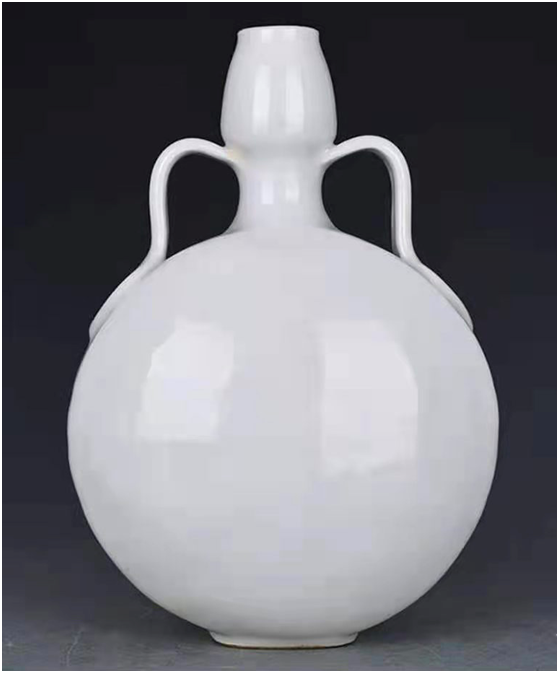 This flat pot with dragon pattern ribbon is dark engraved on Yongle sweet white glaze of Ming Dynasty. Height: 31.5cm, small mouth, micro inner arc in diameter, flat abdomen, micro drum, short foot, white glaze all over. The flat part is dark engraved with dragon pattern, with clean white glaze surface to show the meaning of clean, high and honest. The glaze juice is thick, delicate and tight, such as baby's skin is tender, the glaze color is pure and white, and there is no style recognition. Yongletian white glaze is refined with imported Soviet materials, and its technology is exquisite. 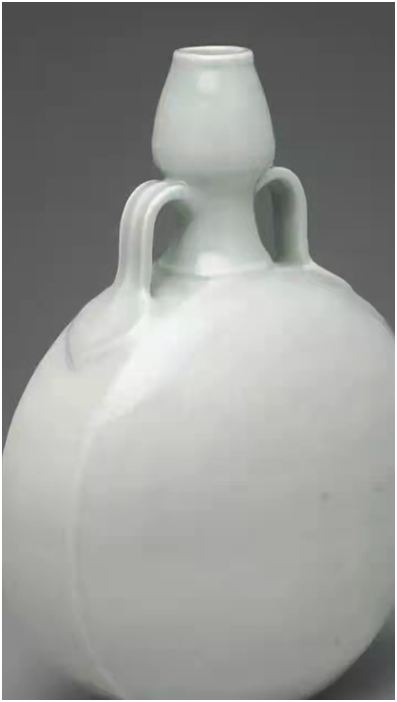 Yongle sweet white glaze: it is a kind of white glaze created and burned in Yongle kiln of Ming Dynasty. Because many of Yongle white porcelain products are thin to the degree of half birth, they can be seen by light. On the surface of the thin mould with dark flower patterns, the white glaze is as warm as jade, which gives people a feeling of "sweet", so it is called "sweet white". The yellow glaze on porcelain began in the Yongle Dynasty of Ming Dynasty, that is, iron was used as colorant and burned with oxidation flame at low temperature. Yongle white glaze is mostly thin, and it is very lustrous and can see people's shadow. It has a more obvious opacification feeling than Shufu egg white glaze, which gives people a gentle and sweet feeling. Therefore, it is called sweet white. It is known as "white as cream, plain as snow". Sweet white, a kind of high-quality white porcelain, set off the blue and white, underglaze red painting. 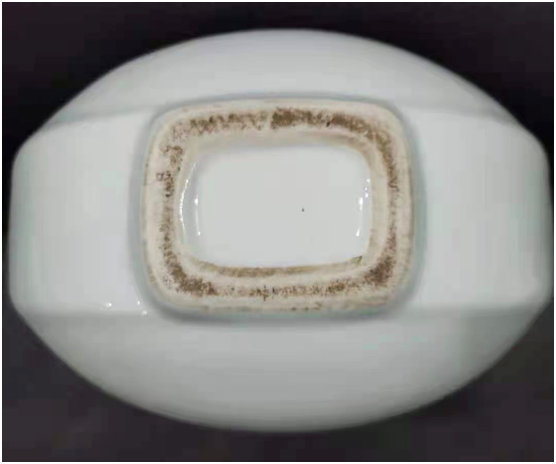 In ancient China, all kinds of colored glazes were colored by iron, copper, cobalt and manganese oxides. As the general porcelain clay and glaze with more or less some iron oxide, in the reducing atmosphere must reflect the blue, so the blue glaze is the most common glaze color in ancient China. However, the production of ancient white porcelain was not to add a white colorant to the glaze, but to choose the porcelain clay with less iron content, and the glaze was processed to reduce the iron content to the minimum. White porcelain with high whiteness can be produced by using pure transparent glaze on the white porcelain body. 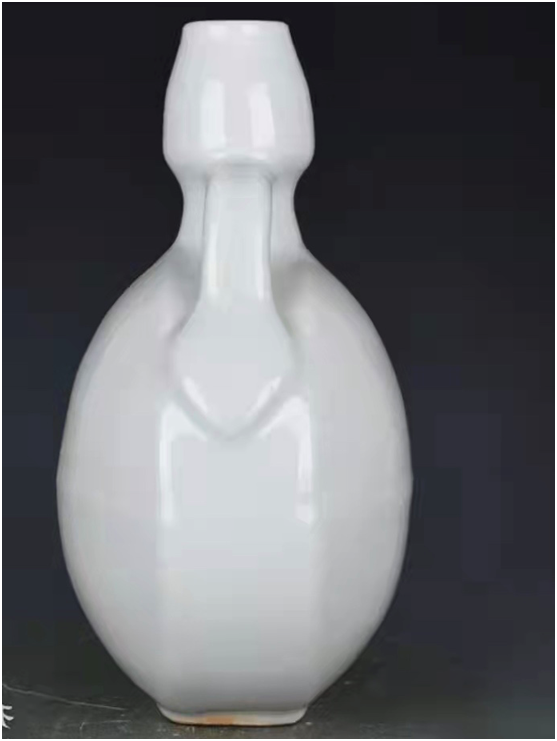 The sweet white glaze of Ming Dynasty is the best one in China. Sweet white glaze refers to white glaze, jade like, fat free, smooth glaze without brown eyes, referred to as "milk white" or "sweet white". The glaze layer can be divided into thin and thick layers: thin glaze is often applied to the thin and bodiless round ware, the glaze surface is smooth and crystal clear, the fetal bone is slightly displayed at the mouth, foot edge and belt corner of the ware, the glaze surface of the foot edge is cut neatly, the glaze does not flow, and there are two kinds of decoration: light element, engraving and impression. Thick glaze is thicker, and the glaze of thinner mould is more plump. It is mostly applied to thick mould, especially to light mould. The smooth lines of dark engraved patterns on a few utensils sometimes need to be carefully looked to see the decoration or style.

No matter how thin or thick the glaze is, Yongle white glaze ware has one characteristic, that is, it looks through the light. The body glaze is red or pink, while the imitation of Qing Dynasty is blue. Another feature is that the glaze on the feet and corners of the utensils often flickers with gray blue luster, and the glaze occasionally appears as a very light shrimp blue color interwoven with green, white and gray, which is very strange. It is the witness of the glorious history of the Chinese nation.